You are here: Home / Purposeful Fellowship / Family / Hey you…in that cape, just let HIM do it!

It’s that time of year: school is back in session for both the children and me.  The fall cheer and tumbling schedule has been released.  Fall baseball is underway.  Youth ministry is back from summer break.  We’ve had our ‘Family Forum’ to set expectations, goals, and guidelines for the year.  If everyone carries their weight, we will run like a finely tuned machine around here.  We have a plan, now we just need to execute and make minor (or major) edits as the need arises.

One full week into executing this new plan, and I found myself sitting at the table fuming as I shot a look so harsh that my hubby would surely be wounded, if not killed, had my eyes been bullets.

You would not believe it!   He offered to pick up our son from school that day since I had class that evening.  I know, most rational women would think this is a great thing.  Not me…doesn’t he know I had a plan?  Why couldn’t he just go along with wrapping up the evening my way?  My plan was to bring Tre home before I went to class so that he would have more time to just be at home.  He’s like his Father in that they both love to be at home but because of his sisters’ schedule, he’s typically hanging in the car with me after school.  This is the one day of the week that it makes the most sense for me to bring him home after school, and let hubby go back for Jasmine at 5:30.  The way I saw it, everyone wins:  Jas would get a little one-on-one time with Dad after practice.  Tre would get extra time to prepare for school tomorrow, do his daily chores, play with the dog, get into bed early (since he was extra sleepy that morning), and hubby would get an extra hour and a half to work before having to pick up Jas!  But most importantly here, I get what I wanted, exactly the way I wanted it.

Hubby argued, “it doesn’t make sense for you to drive across town, opposite the direction you need to go when I can just pick him up and hang out with him until Jas gets out of practice.  I’ll be there to get him by 4.  You just go to class, we’ll see you tonight.”

I was annoyed.  Not because what he was proposing wasn’t the better idea, 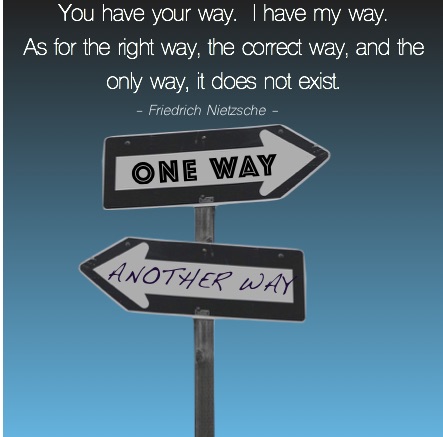 but because it wasn’t what I wanted.  Plus, school is out at 3:30.  I’m usually towards the front of carline.  Nobody likes being picked up at the end.  Knowing that my argument was weak and absurd, I conceded.  Sort of.  More accurately, I agreed to his proposal with a snarl, and anything but gratitude.  Hubby returned to his office for a final few moments of work.  I stared at my Google search page, mumbling, “hhmmmf, whatever!”  And wouldn’t you know it, right on cue, the Master of all teachers pierces my heart:  “Well, do you want help, or do you want control?”  Immediate conviction.

What’s the harm, really?  My plan centered on conveniences for everyone else!  I easily convince myself that my plan was noble and rooted in compassion.  However, the truth is it reflected yet another of my many heart defects.  It reflected my need to maintain control.

Several years ago, this would have been a knock down drag out battle of the wills.  Hubby used to back down to my tantrums and let me have my way.  Somewhere along the journey, we both matured: he is less swift to the retreat, and I am better at yielding.  He was ready to take on a task I usually handled, and I was giving him grief because he wouldn’t do it the way I wanted him to.  Terrible.

Ladies, please don’t leave me out here on a limb.  Please tell me you too have been guilty of discouraging your husband from trying to step up and help out because he doesn’t do it your way.

Had he allowed me to follow through on my crazy plan, I would have likely been tired from the excessive driving, stressed out from the time pressure that would’ve been added had even the least bit of traffic affected my timetable, frustrated, and totally uptight by the time I sat down in class. I didn’t exactly surrender willingly, but relinquishing control and accepting his help, his way, made for a much smoother evening for us all.

Letting our husbands pitch in is a chance for us to show them respect, practice mutual submission, and experience peace and unity.  It takes humbling ourselves, surrendering our will, and doing away with all manner of selfish ambition.  My way is not the only way, and in this instance, it wasn’t even the best way.

In what areas have you found yourself struggling to release your grip of control as it relates to accepting your husband’s help, or valuing his approach to a family matter?  What about other areas of your life – do you struggle to relinquish control?  I’d love to hear from you!